“It’s a pleasure to welcome representatives of the EBRD in Lviv again. Thank you for being a good partner and constantly supporting the city. Today we gathered on an important occasion – in the framework of the project of modernization of public trolleybus transport in the city of Lviv we sign an agreement on the purchase of new 50 trolleybuses, as well as reconstruction of our two depots and the reconstruction of the catenary network,” said Hennadiy Vaskiv, Deputy Mayor on Financial and Economic Issues. 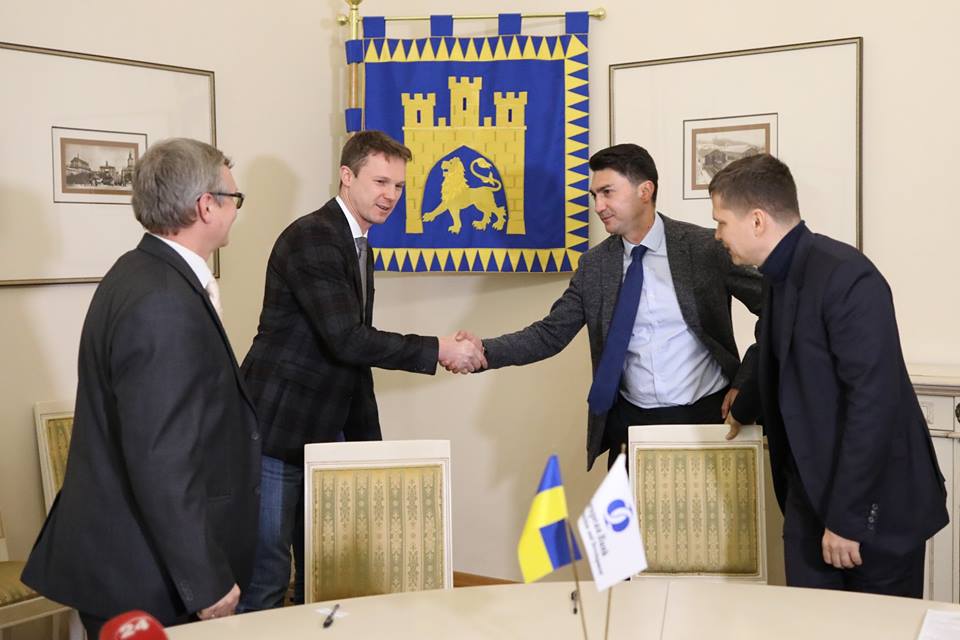 Denys Gaiovy, Senior Banker and Associated Director of the EBRD in return thanked for good cooperation with the city and municipal enterprises and noted that this is already 5th transport projects to be implemented in Lviv.

“This is already 5th transport projects, on which we work together. This project solves a very important problem for the city. The average age of trolleybuses today is – 22 years. It’s about time to buy new ones and we are glad that we can support this initiative.

We also thank the Clean Technology Fund for its support and the European community, which provided technical assistance to support this transaction,” said Denys Gaiovy. 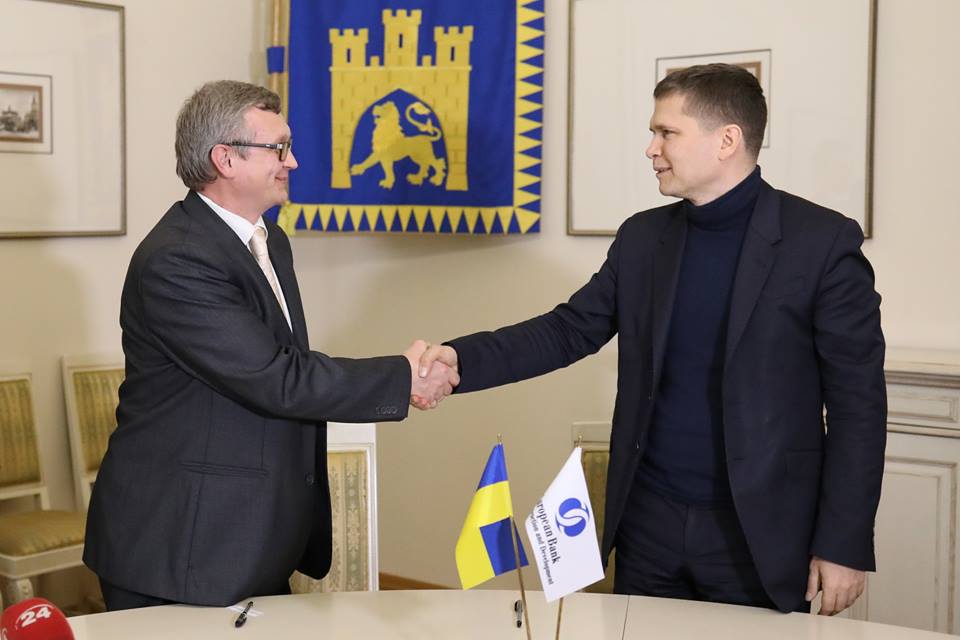 “Today, a loan agreement was signed between LMC “Lvivelectrotrans “and the EBRD on the project of modernization of public trolleybus transport in Lviv. This project includes the purchase of 50 new trolleybuses, the reconstruction of the trolleybus contact network and the reconstruction of the trolleybus depot. The last point in order to start the purchase is to sign a guarantee agreement between the Lviv City Council of the EBRD. The signing of this agreement is scheduled for about mid-end of February.

In order to accelerate the process of purchasing 50 new trolleybuses, with the approval of EBRD, we started a tender procedure earlier, so that at the time of signing all we already had a definite winner.

As for the reconstruction of the trolleybus contact network, several projects are under examination. Therefore, we will be able to start tenders for contractor identification and start reconstruction.

Also, the feasibility study for the reconstruction of the trolleybus depot is now being finalized. After that, we will announce the tender for design.

At the end of the year, we plan to have part of the reconstructed contact networks, new trolleybuses and a project for the reconstruction of the depot, which we will begin next year,” said Andriy Bilyi, Deputy Director of the Department of Housing and Infrastructure of Lviv City Council.

The city is also actively working in the direction of modernization Lviv tram transport. In particular, 30 trams from Berlin were purchased last year, and this year they plan to buy 10 more trams.